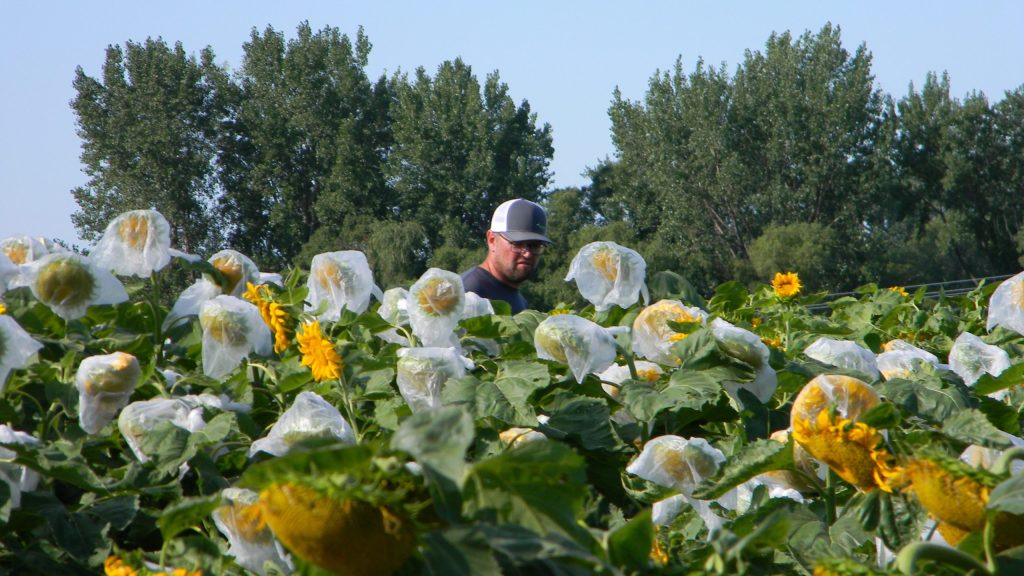 Although consumer demand for confection sunflowers has weakened — as snacking preferences have changed in the past decade — Nuseed continues to deliver a robust research and development program while seeking out both new ideas and markets within its confection sunflower portfolio.

“Nuseed has more invested in our confection sunflower breeding program than anyone else in the U.S.,” Nuseed Confection Sunflower Breeder, Erin Gerdes says, “Nuseed

is excelling in molecular lab work because of the Innovation Center and has the ability to do a lot of marker assisted selection. We have invested more in this technology than others in the space, and I believe that is showing in our market position.”

Gerdes says the technology allows for a faster incorporation of disease resistance and helps to identify parentage lines faster; it allows the research and development and breeding team to take the best and develop new lines with those same traits. In short, it speeds up the process.

With breeding nurseries in Rothsay, Minn. and Sacramento, Calif., Nuseed is able to learn which lines will withstand harsh environments and accelerate seed increases in a more forgiving climate.

“We do most of our research and early generation sunflower breeding on 55 acres in Rothsay. Those acres are divided between confection and oilseed,” Gerdes says, “We also have breeding services in Sacramento; California’s growing environment is much nicer (than that of Rothsay). The reason that we do a lot of early germination work in Rothsay is because it’s a harsh environment, and it helps us select early for plants that are disease resistant and can withstand harsh growing conditions. If we did all of the work in California, we would have varieties that wouldn’t thrive in the Midwest.”

In the confection sunflower seed market, seed quality and appearance are king because that is the portion of the plant that will be consumed. With that quality and appearance also comes size; bigger seeds and bigger plants, which also lead to bigger standability and in-field damage issues. “As the seed gets bigger, the plants get bigger, and the hard part, on our end, is finding the right parent lines to bring in,” says Gerdes. “A lot of what we do is developing parent lines for seed and standability. Bigger heads also means more susceptibility to the head breaking off and head diseases.”

Unlike the confection sunflower market, the oilseed market in North America was stable to slightly increased in 2020, with most of the growth in the sector fueled by birdseed. “There are a couple of things that play into the oilseed market stability right now,” says Jeremy Klumper, a Nuseed Sunflower Breeder. “With COVID-19, people are staying home right now, and they are feeding birds. It’s cheap entertainment. The other thing: when economies are good, people have more disposable income for things like birdseed.”

The improved demand has also helped to strengthen acres after a five year decline. “Sunflower oil acres dropped to a new low in 2019, and then we saw a significant jump in 2020 to bring acres back up to where we were in 2015,” Klumper says. “I think a lot of that was due to other commodity prices being low. Sunflower always pencils out well if you are willing to accept the challenges and risk of growing it.”