The economics of sunflower production 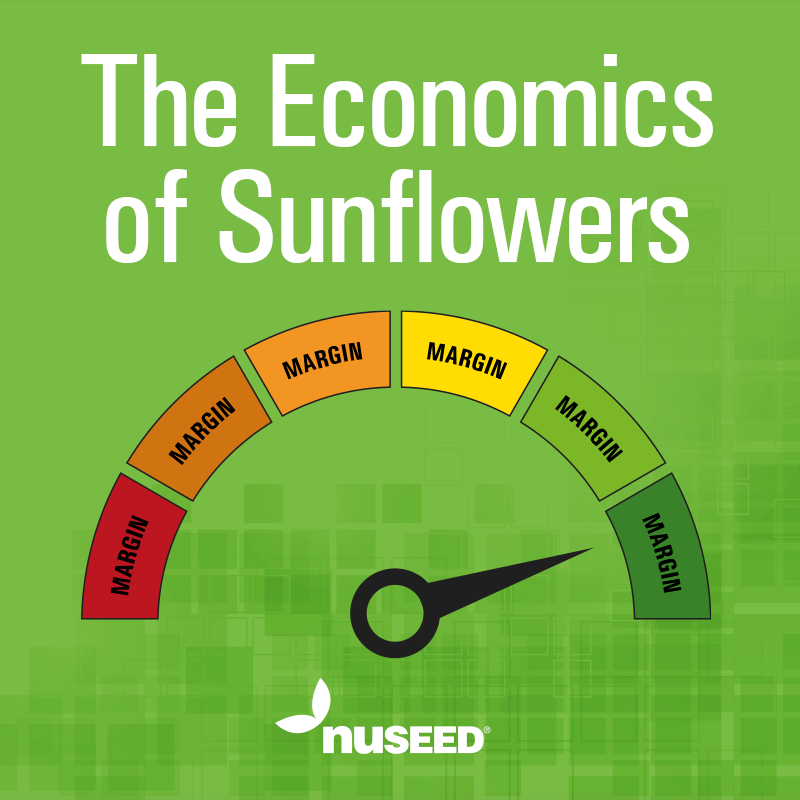 Farmers produce food, fibre and energy, and like any other business, the principle is relatively straightforward – you need to remain in profit to remain in business.

The practice is a little more complex, but understanding and knowing your cost can make the difference between success and failure.

As a minimum, farms need to produce and submit statutory accounts for tax purposes, to determine how much tax the business needs to pay.

However, statutory accounts have limitations as a management tool.

They are historical, in that they tell us what happened last year, they rarely supply information in a way that allows the manager to evaluate how a crop performed, and they seldom assist decision making with a crop still in the ground.

For example, the data contained within statutory accounts tends to be presented as large headline numbers, such as the total amount of fertiliser or diesel purchased.

They rarely, if ever, tell you how much fertiliser was allocated to each crop, when it was applied, how much diesel per hectare was consumed or how your figures compare with similar businesses.

Furthermore, it’s often difficult to extract figures on what has already been invested into a growing crop, which might assist ongoing management decisions.

For example, imagine a scenario were a late cold spring had reduced germination and continued dry conditions meant yield potential had been reduced by an estimated 30%.

Would you continue to apply fertiliser and pesticides at the previously planned rates, or would you look to reduce costs where appropriate to protect the margin?

It would be difficult to say without some data, some idea of how much had already been spent, what the yield reduction meant to the overall margin or where savings might be made.

Fortunately, there are various management techniques available to help. One commonly used tool is the gross margin.

Farm gross margins provide a simple method for comparing and benchmarking the performance of enterprises that have similar requirements for capital and labour.

It is not a measure of profitability, that comes later in the whole farm accounts, but it allows farm managers to see how crops perform financially and compare them with published gross margins, between each season or between crops.

In simple terms, a gross margin is the total income derived from an enterprise less the direct costs incurred.

This is the output you receive from an enterprise, such as the grain you sell, but could also include straw, screenings or any subsidies you might receive.

These are costs that you can simply and directly allocate to an enterprise, sometimes called variable costs because they vary in proportion to the size of the enterprise.

For crops, they would generally be seed, fertiliser and pesticides but you may want to include other costs that you can easily allocate, such as contractor charges.

However, gross margins should only be compared or benchmarked with figures from farms or enterprises with the same direct costs and with similar production systems.

A gross margin for a sunflower crop that produced 2.0 metric tonnes of grain per hectare, used 0.3 seed units, 300 kilograms of fertiliser and 0.75 litres of pesticide per hectare, might look like this.

This is a simplified example; an actual crop would likely use several different pesticides and fertilisers and each one would be costed separately into the gross margin.

Gross margins can be used in two ways, actual and budgeted.

An actual gross margin is essentially like looking in the rear-view mirror as it tells us what happened; however, it allows the farm manager to identify areas that might need more attention for the next crop to be planted.

This is sometimes called a “gross margin analysis”, which has the advantage of being simple to collate and easy to use.

If a figure was higher or lower than expected, you would be able to drill down into the detail and ask questions?

Gross margins can be used as a simple framework to build a budget around, particularly if we have the previous seasons actual gross margin as a starting point.

Once you have a budget gross margin in place, you can then input the actual expenditure as it happens, monitor how this compares with the budget and adjust future expenditure if necessary.

Gross margins are a simple but useful management tool, which if used correctly can be of great help to manage the economics of sunflower production.