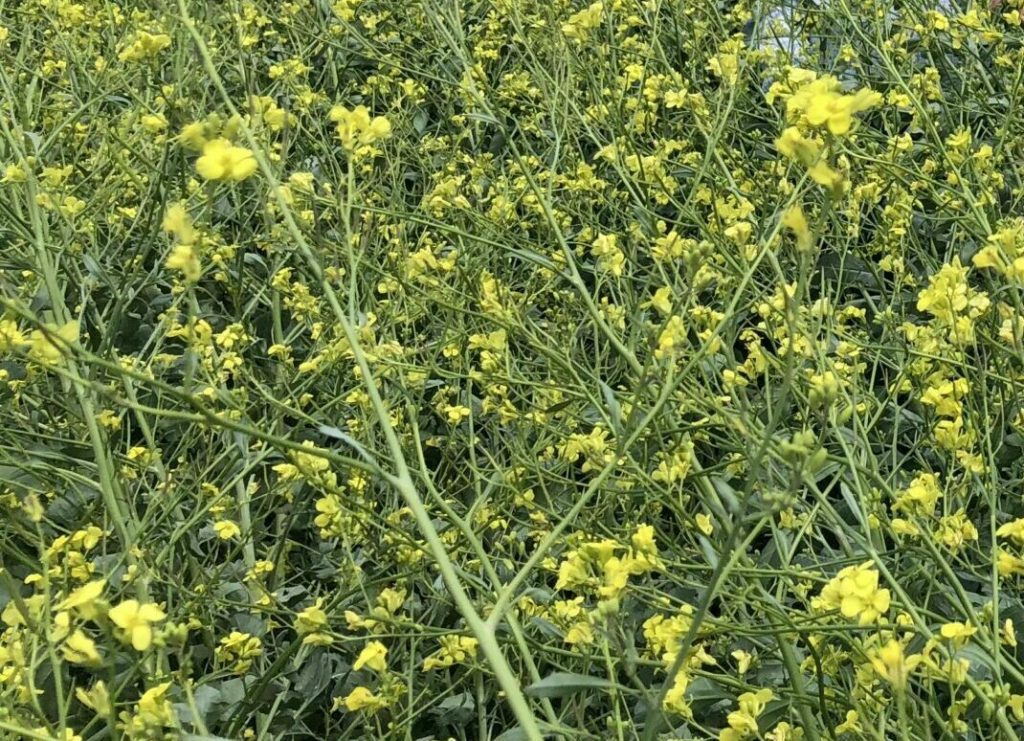 Nuseed Carinata is an ideal low-carbon fuel feedstock for the climate positive goals of many companies and policy makers. Here are our top ten environmental and agronomic Nuseed Carinata benefits, demonstrating why it is a best-in-class low carbon feedstock.

1. Carinata is your triple bottom line –

Starting at the root, carinata  is a scalable non-GMO cover crop grown with regenerative agriculture, based on sustainable soil management practices.

Growing carinata adds vital organic matter back into the soil by using the off season as a new growing season to harvest more sunlight and build more organic matter over time.

4. Carinata does not compete with food –

Deep roots build organic matter and break through soil compaction layers, increasing water infiltration and reducing ponding on the soil’s surface.  This allows the soil to store moisture for the next crop.

Through its extensive canopy during the season and the biomass left on the field after harvest, carinata suppresses the germination of weeds in the field.

Its coverage of the soil provides both wind and water erosion protection during the harsh off season.

Planting and harvesting carinata only needs traditional farming equipment. The grain is pressed via standard oil seed processes for its use in low-carbon diesel and jet fuel and the high protein non-GMO meal is easily used in livestock feed.

Carinata increases plant diversity and helps support biodiversity in soil microbes and beneficial wildlife. It also helps protect biodiversity off the farm by holding nutrients such as nitrogen and phosphorus in the fields, which protects water runoff and other downstream ecosystems.

Carinata has GHG savings on par with wastes and residuals, which allows it to be a scalable solution to meet the rapidly growing global demand for low-carbon fuel and move the globe to a net-zero future.

Select your region in the menu