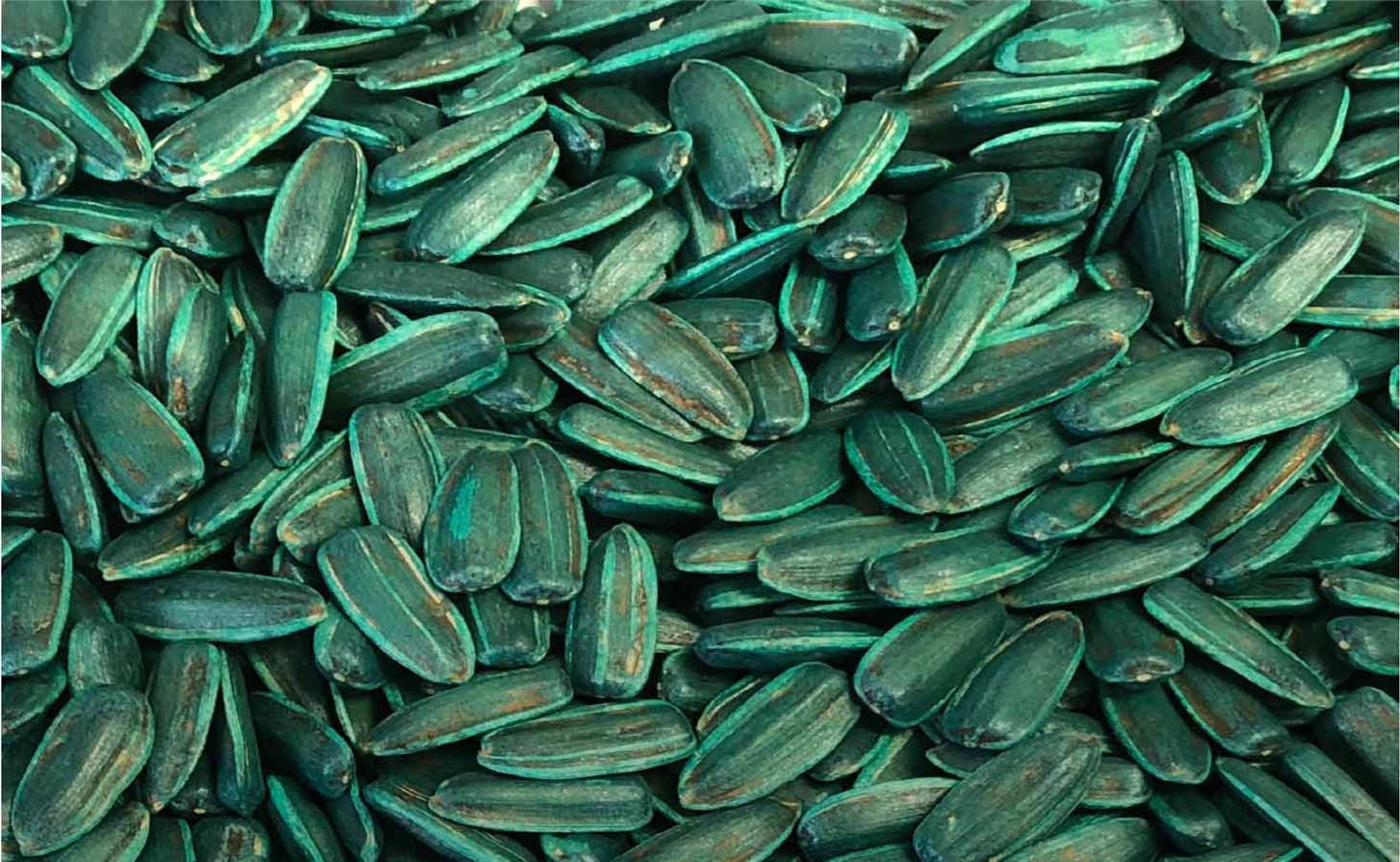 Nuseed rolled out a new green colorant polymer seed coating in 2020 that improved flowability, decreased bridging in the planter and increased singulation. Achieving a high seed-planting singulation rate is critical to yield success in growing sunflowers, says Trygg Olson, Nuseed Field Sales Lead. Skips leave space in the fields and doubles or even triples produce too small of heads to be harvestable.

Nuseed also added a new seed treatment option for downy mildew — Plenaris© — which requires a lower usage rate than previous products. That also improved plantability since the less product on the seed, the better flowability through the planter, says Jed Wall, Nuseed’s Field Sales Lead in Wahpeton, ND. Wall was instrumental in providing input as Nuseed worked with different brands and water rates to find the best coverage and flowability for their new and improved polymer seed coating.

Using the new seed coating and treatment options, Nuseed growers reported seed singulation in the 98 to 99 percentiles from their 2020 plantings. Farmers were thrilled, Olson says.

“It’s literally a night and day difference between our old offerings and what we offer today in terms of plantability and flowability aspects,” Olson says.

Wall agrees. “This is the best flowing seed we’ve ever seen in the business.”

The benchmark for flowability has always been untreated seed, Driver explains. So, the goal of Nuseed’s work on seed coatings is to get as close as possible to the performance of untreated seed.

“Untreated seed, it doesn’t matter the crop, generally flows the best. As you add chemistry to it, it reduces the flowability. So, you’re always trying to balance the expectation of what the grower needs for insecticide, for fungicide, but still provide that level of efficiency that isn’t going to make someone frustrated or turn away from your product,” Driver says.

And a successful seed coating adds to the grower experience in more ways than just a good stand, Driver says.

Plus, it turns out Nuseed’s new green seed coating added benefits even beyond what was expected.

Many growers reported they were able to reduce their use of talcum powder or graphite used to help flowability in their planters. With the new Nuseed coating it simply wasn’t as needed, Olson reports. And the new polymer improved the uniformity of the chemicals applied to the seed, Driver points out.