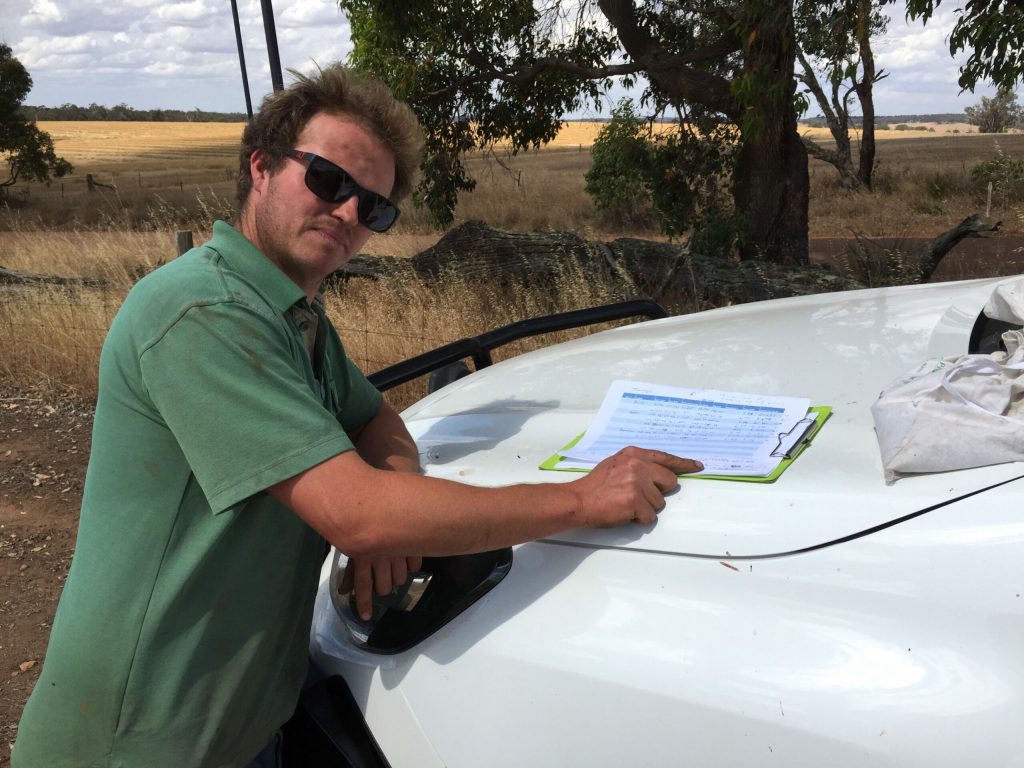 A new breed of canola is proving its value in trials conducted last season in the canola growing heartland of Kojonup in the State’s South West.

He was part of Nuseed’s national Crop Agronomy Trial program, which gives growers the opportunity to test the newest varieties on their own farms in large scale trials.

Canola makes up around half of Mr Stone’s cropping program and he spreads his risk by growing a range of varieties. Up until now, he’s only dabbled in hybrids.

ATR Bonito is in the mix for its excellent early vigour and biomass, triazine tolerance (TT) and yield performance. Where ryegrass is more of a problem, he’s using varieties like Nuseed’s GT-50, a mid-season Roundup Ready hybrid.

“To make investing in hybrid seed worthwhile, we need to be confident of achieving higher yields at the end of the season,” he said.

“We’re already doing quite well with open pollinated TT varieties like Bonito, so to move up to a hybrid we are looking for at least an extra 200 kg/ha in yield to pay for the seed cost, plus a bit extra,” he said.

Mr Stone said the visual differences between the two plots during the season were slight, with both crops showing early vigour and biomass, but when it came to harvesting, HyTTec Trophy outperformed Bonito by 500 kg/ha.

Mr Stone worked the numbers through with local Area Sales Manager for Nuseed, Andrew Royce, to compare the difference in returns between the two crops.

He said HyTTec Trophy also performed well in the National Variety Trials across Western Australia in 2017, particularly at Kojonup and Katanning, where it was the highest yielding variety in their mid-season triazine tolerant variety trials.

It’s all round good results like this which are giving Mr Stone the confidence to increase his hybrid canola plantings across both Roundup Ready and TT varieties.

“It’s at the point where hybrids are becoming more profitable, especially on our better paddocks where we can push for higher yields,” Mr Stone said.

He said it was good to see Nuseed taking some of the seasonal risk with growers, through the use of an end point royalty (EPR) on the new variety.

An EPR of $10/tonne applies to HyTTec Trophy, in place of the higher up-front seed costs usually seen for hybrid varieties.

Under the EPR system, growers are required to accurately declare their varieties at the receival point after harvest. The royalties are then reinvested in Nuseed’s breeding program, funding the ongoing development of both open pollinated and hybrid varieties.

He said Nuseed’s pipeline of HyTTec varieties would be complemented by a range of current and future open pollinated varieties to provide growers with the most comprehensive variety choices.

“We are committed to ongoing investment in oilseeds research and innovation, mindful that growers need strong, high performing varieties that will deliver value to their bottom line,” he said.