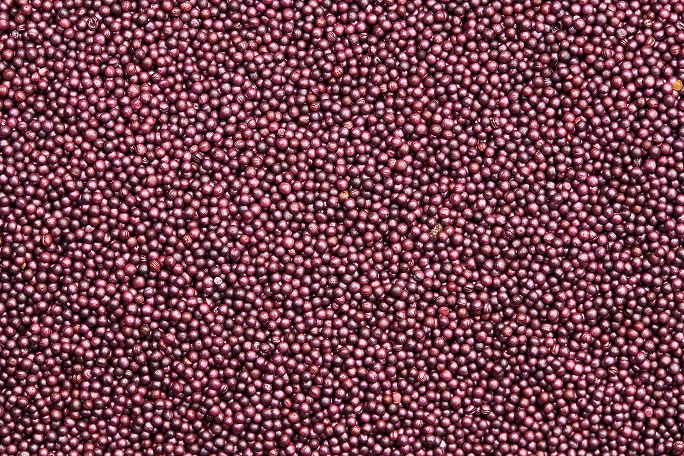 To understand the risks of retaining Hybrid RR seed, it is worth understanding the complexities behind the breeding system that seed companies are using, to then understand how it can go wrong.

In a canola breeding program, F1 hybrids are produced by crossing two inbred lines, an A line (female) and a R line (male). These are the parents that are used to create the F1 Hybrid canola plant which is planted. These F1 hybrids express hybridity and express improvement in traits such as yield, chemical tolerance, oil, vigour, shatter tolerance and black leg resistance to name a few.

In crossing the A line (GGrr) and R line (ggRR), breeding companies intend to produce F1 hybrid progeny (GgRr) which results in plants that are uniform and have identical genetic sequencing. These plants carry the Glyphosate tolerance gene along with the fertility gene so they can fertilise themselves. This is a F1 hybrid and every plant will express the same genetic characteristics, act the same and perform the same. This can be shown in a punnet square. The punnet square is used to express the fertility/infertility gene as well as the chemical tolerance gene, or lack of chemical tolerance gene.

Retaining the F1 progeny (F2) with the intention to plant, understand the F2 plant has gone through genetic segregation and therefore the crop will lack the uniformity seen in an F1 hybrid. Furthermore, the progeny will exhibit a range of different genetic sequences across all genetic traits found in canola, not limited to chemical tolerance and sterility.

Through segregation, 25% of the F2 seed will not carry the chemical tolerance gene and will perish when sprayed with glyphosate. Furthermore, 19% of plants will remain sterile and unable to self-fertilise. These sterile plants would require a neighbouring plant which is carrying the fertility gene (pollen) to then pollinate to set seed. This however is not reliable, resulting in a lower pollen set which can lead to less or no seeds per pod, when compared to a plant which is carrying sterility gene.

In the above, only two genetic traits are discussed and compared. The segregation of F2 plants is more complex when all genetic traits in canola are looked at and the variability of each of these segregations can be seen. Progeny from a F1 hybrid plant can start to show an increase in disparity in maturities, plant height, shatter tolerance and yield. These are all unknowns and increase the risk for potential errors for farmers.

Retained F2 seed will have reduced blackleg resistance genetics as they segregate back, to plants with reduced major and major gene genetics. This can result in all canola major and minor blackleg genetics failing in an extremely short time frame.

Hybrid seed should not be retained for future planting. The F2 progeny has segregated out to a less vigorous and more variable plant leading to lower overall yields. Blackleg resistance is reduced in F2 progeny and blackleg groupings will be unknown which can speed up to the potential breaking of canola. The risk of sowing F2 progeny is too high.

For any further information around the retention of Hybrid seed and the risks this will introduce to your business as well and the canola industry, do not hesitate in contacting your local Nuseed Area sales manager.